Time To Make This Happen 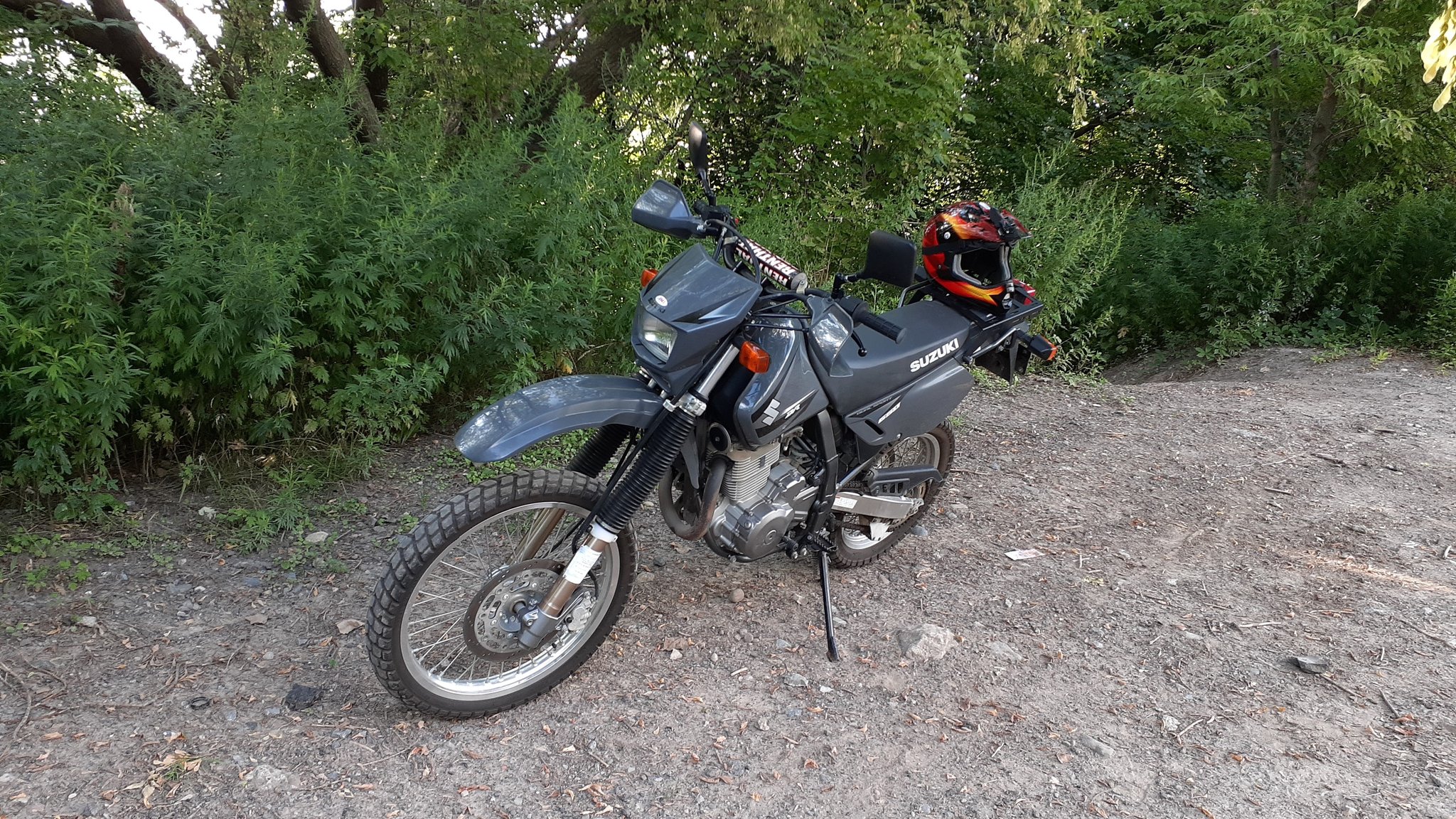 Between crypto bear markets, pandemics, lower back pain and a few other issues, I didn’t think I’d ever get this off the ground. Just when I was ready to give up, everything sort of came together at once!

So a lot has happened since I last posted. I really had almost all but given up on this project. I recently picked up a used 2014 Suzuki DR650.

At the start of the 2021 crypto bull market I received the UniSwap airdrop. I decided to take some money from that and invest it into this project. I picked up a used 2014 DR650 with only 1700 miles on it. Despite the low mileage the bike doesn’t really seem to have been taken very good care of. I get the impression it was rode for a thousand miles or so then left in the back of somebody’s garage. With a little tinkering I got her running pretty decent.

I was actually shopping for a new XR650, but to my surprise when I went to the dealership they were back ordered for at least a few months due to Covid related supply chain issues. A couple days later I found this beauty on Craigslist. I figured with the low mileage and a little TLC it might be better than picking up a new bike and at half the price! I guess time will tell whether or not that was a wise choice. So far, so good..

I wanted something with low mileage and close to stock so I could build what I wanted. I’ve basically got a clean slate to work with here. With the exception of the Renthal risers and handlebars the bike is bone stock. I’ll be adding a USB charging port to the handlebars. I also added an Acerbis bash plate / skid plate (not shown in the picture) Here’s a YouTube of the bash plate install.

I’ll probably swap the gas tank for a larger Acerbis gas tank also. I’m contemplating the seat change too. My butt is starting to get used to the incredibly uncomfortable stock DR seat! So I may or may not swap that out soon.

Living in the western part of New York state the weather is already starting to change here. September rolled in and you can already feel the nip of cool autumn air in the breeze. The days are warm and the night time temperature drops quickly. The good news is the autumn weather brings with it some incredible scenery! I love Western New York state in the autumn. The cool air and incredible scenic rides when the leaves begin to change. Autumn foliage and the rolling hills of the countryside make for some beautiful vistas while riding.

I’m currently planning trips to Allegheny State Park, Letchworth State Park (It’s called the Grand Canyon of the north. I’ve been to the Grand Canyon though and I think that title is a bit of an exaggeration.) Still though, the scenery in Letchworth is breathtaking especially in the Autumn months. Finally, I’m thinking about a trip to the Adirondack mountains. I’ve also been looking at some interesting locations along the Finger Lakes region of NY state.

For the rest of this season, I’ll be keeping it local with the exception of the Adirondacks.

I’ve already began researching further destinations to reach during the spring months. I’m thinking about places like Kentucky, Tennessee, Massachusetts, Vermont, Washington DC and maybe parts of the Carolina’s. The end goal of course is setting out for a cross country trip from Buffalo NY to Pacific Coast Highway along California Coast line from Seattle Washington through California and possibly ending in my old hometown of Las Vegas Nevada. That will depend entirely on how much confidence I have in this new bike. I’ll take a few trips come spring, and if I’m confident in the DR I’ll pack my bags and head out west. I’d also like to check out Denver Colorado and the dual sport mecca of Moab Utah. A trip along old Route 66 isn’t entirely out of the question either.

Honestly, I’m just winging it at this point. There were a lot of unforeseen circumstances that slowed down the original plan. A lot of my future plans are going to depend on whether this pandemic ever ends and of course how the politicians and different states react to it. Nobody seen the pandemic coming and it really killed any thoughts of getting this project off the ground during the spring and summer of 2020. 2021 seems a little better but who knows how everyone will react to “new variants” and flu season is right around the corner. Hopefully were all used to this by 2022 and everyone is ready to get back to normal. I’m not going to dive into my personal politics of all this. Everyone is entitled to their own opinion. I just want to ride my motorcycle and travel! That’s all I’ll say about that!

To summarize everything… The YouTube channel is up and running. I’m posting there regularly now. If you’re on YouTube I hope you’ll consider giving me a follow. I’m a new channel and every follow helps.  I’m also posting to 2 sites called Peakd and 3Speak that pay me for my posts in cryptocurrency. These sites are funding some of the dual sports upgrades and a lot of this project moving forward.  Cryptocurrency trading is funding just about everything I’ll be doing. I go by the-bitcoin-dood on Peakd and 3Speak and post more personal stuff and information on cryptocurrency and cryptocurrency trading.

I should have a few trips to share over the next couple weeks and maybe going into October. I don’t have much planned from November on. I’ll probably be working on the bike doing the tank mods and any other changes I want to make to it for the following season during the winter months. I’ll also be sharing any plans I’ll be considering for the 2022 riding season. Fingers crossed, hopefully I’ll be posting here regularly and I can finally get this motorcycle travel blog project off the ground.

Oh and I almost forgot… On a final note I’ll be changing the url from themotorcycledude to thedudetravels. That should be coming in the next couple days. Not sure if anyone is even reading this blog anymore, but I’ll be pointing themotorcycledude.com to the new domain, so no worries. With that said, thanks for reading and taking an interest in thedudetravels!